There are many possible ways to configure your server to support only secure cipher-suites and get an A/A+ rating from the SSL Labs SSL Test, some are more restrictive than others, some are more complex than others.

There is no single holy grail, but for openssl-based applications such as Apache, postfix, or nginx, I prefer to go with this to me personally more readable and to me more sensible general notation:
HIGH:!aNULL:!eNULL:!kECDH:!aDH:!RC4:!3DES:!CAMELLIA:!MD5:!PSK:!SRP:!KRB5:@STRENGTH

Checking the openssl documentation, this boils down to the following logic:

With at least the recent openssl 1.0.1j version, this will enable a broad range of 30 secure AES-based ciphers suites, including some basic non-PFS AES suites for compatibility reasons (decide for yourself if you’re OK with this). This guarantees an SSL test rating of at least A.
If you really need to support older clients, then you could also consider leaving 3DES enabled.
Note: To get an A+ rating currently your certificate must have a SHA-256 chain and the server also needs to support TLS Fallback SCSV and apparently HTTP Strict Transport Security as well.

To see what effective cipher-suites this syntax will enable with your openssl version, check this:
openssl ciphers -V ‘HIGH:!aNULL:!eNULL:!kECDH:!aDH:!RC4:!3DES:!CAMELLIA:!MD5:!PSK:!SRP:!KRB5:@STRENGTH’

With openssl 1.0.1j+ (or a recent CentOS/RHEL 1.0.1e+ port) you should get the following 30 secure cipher-suites (I’ve formatted the list a bit to make it more readable, the names you see are in the openssl cipher-suite alias column):

Note that the cipher-suites your application actually uses from this pool of 30 suites depends on a number of other factors. For example, the extremely common certificates using RSA keys only apply to cipher-suites using RSA for authentication. Likewise, DSS (DSA) and ECC (ECDSA) certificates will only allow using cipher-suites with DSS or ECDSA authentication respectively. There is no need to exclude one or the other specifically for your certificate because openssl/the application will filter out the unnecessary suites that aren’t compatible with the certificate in the first place.

It’s also recommended that your server chooses the best available secure cipher-suite form the client’s list when negotiating an SSL/TLS connection with a client. Most implementations by default just select the first matching cipher-suite from the list included in the Client Hello message, which could be a weaker cipher-suite providing such as one without PFS.
On Apache you can use the SSLHonorCipherOrder on directive to always use the first (best) cipher-suite from the server’s list. 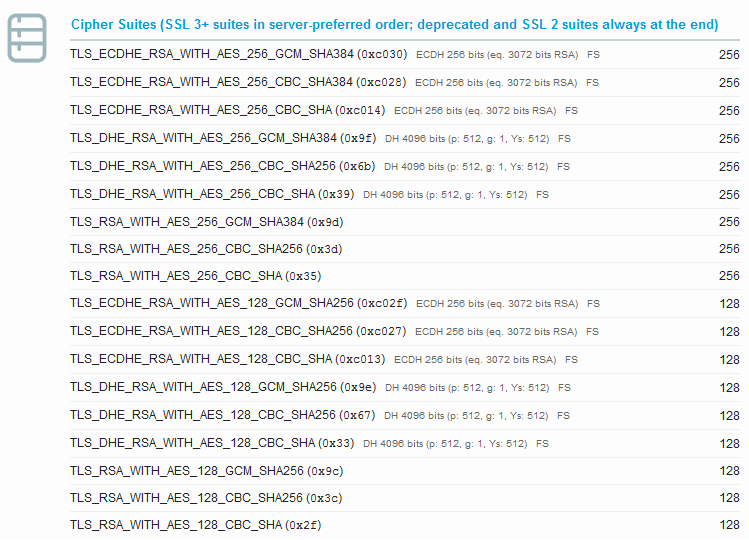 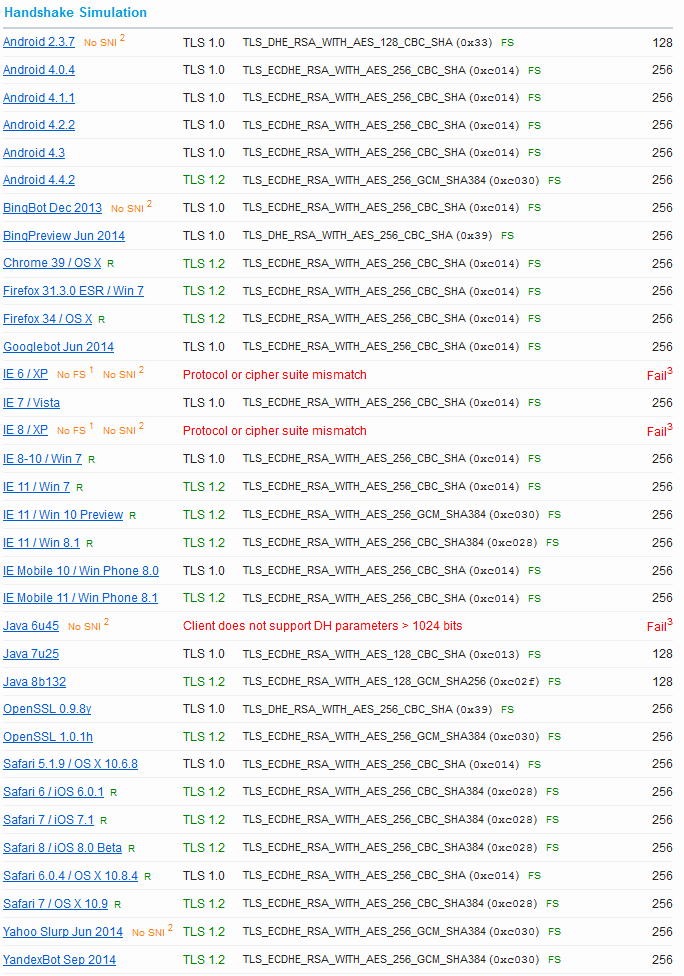 A similar list of secure cipher-suites for Windows/IIS webservers can be configured with the IIScrypto tool.