The internet is now (no really, this time it is, pinky-promise) officially broken™. Or at least a large part of it that is responsible for securely handing your shopping cart and credit card information, e-mails, passwords, router configuration or whatever flows through your tubes over encrypted SSL/TLS connections. 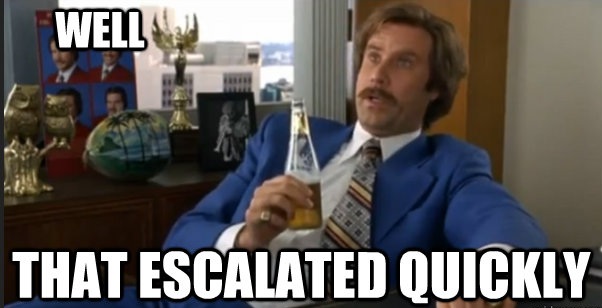 Since yesterday there’s a big fuss on the internet over the so-called openssl heartbleed bug that was disclosed yesterday. It exploits the TLS heartbeat extensions and allows an attacker to read up to 64KiB of memory managed by openssl from the target system. This memory could contain sensitive data such as passwords, session-cookies, credit card information, or in one of the worst cases even the server’s x509 certificate private key. Since the attack is basically untraceable (no webserver logs or anything), it’s entirely possible that certificate private keys have been compromised en masse already without anyone noticing and never being able to find out.
You can find some interesting background information about the discovery and disclosure in this article.

To be on the really safe side, you have to replace your certificates, revoking the old ones, changing passwords and generally being PITA’d. Note that this has nothing to do with the openssl version a certificate was generated with, but is about the runtime application using openssl for it’s SSL/TLS traffic. Your private key can be just as compromised if you generated the certificate with Windows CA tools or gnutls and use it with an openssl-based application. END_OF_DOCUMENT_TOKEN_TO_BE_REPLACED