(More or less). Be sure to lurk on planetv12n for more complete and ordered info around everything concerning the still smoking hot news of vSphere 5.1.  So as it was leaked in some places already, vSphere 5.1 was just officially announced at the VMworld keynote. I hope you haven’t been spoilered beforehand too much so you’re just as excited as me. To me this seems like an even more important and better change compared to the 4.1->5.0 step. Release will be mid-September.

There’s tons of new stuff. To confirm one of the best news first: 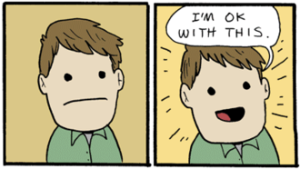 Funny how they openly admitted that the whole idea of vRAM was bollocks during the presentation, asking for standing ovations from the audience for this indeed welcome change. Check details about the changes on the licensing front here:

>vRAM Entitlement Unlimited     Unlimited     Unlimited
Oh boy, they really totally showed vRAM who’s boss:
Q: Does the new VMware vSphere 5 licensing model – per-CPU without limitation on the number of VMs, cores or amount of physical RAM – apply to both vSphere 5.0 and vSphere 5.1?
A: Yes. The VMware vSphere 5 licensing model applies to both vSphere 5.0 and 5.1 customers.
This effectively means, that the vRAM shenanigans end now even if you are/stay on 5.0. It was never enforced or properly tracked except for essentials anyways.

Loads of new features and enhancements

New Replication feature and svMotion are part of Standard edition now. It also seems as if prices for each edition went down a bit, which is nice too. There is now only per socket licensing, no vRAM, no cores, no 25 VM packs.

There are tons of really awesome improvements on the distributed vSwitch front. And none of them seem to require using the Nexus 1000V! Some of the highlights include dvSwitch configuration backup and restore, SR-IOV, LACP support and BDPU filtering. That’s exactly the kind of enhancement’s I was looking for.  And probably not only me. Chris Wahl already has a series of must-read articles presenting the dvSwitch changes over at:
http://wahlnetwork.com/2012/08/27/new-5-1-distributed-switch-features-part-1-network-health-check/

Furthermore, we now get a new virtual hardware version 9, providing support for up to 64 vCPUs now. Not like we and most others will ever get anywhere close there, but it’s good we haven’t really bothered updating the virtual HW from 7 to 8 with the vSphere 5 update,  now we can skip directly to 9.

vSphere now supports shared-nothing live migration, called enhanced vMotion. This is based on the new replication mechanism, or rather, the host-based replication stuff that was present in 5.0 already but only used in conjunction with SRM. The crazy guys also achieved over one million IOPS on a single VM on vSphere 5.1.

Here’s a list of random other facts you should be aware of, or read up further from the other documents listed below:

I recommend checking out some more What’s New documents for your reading pleasure in the meantime until it’s released:

The Interoperability Matrix is not updated yet, neither is the HCL.

There’s a whole lot of news on the vCloudandwhatnot side too, but I won’t get into detail here. The new vCloud Suite now bundles licenses of  the base vSphere Ent+ with vCloud Director, Operations, SRM and more. Current Ent+ licenses get a free upgrade to the vCloud Suite Standard (with vCD). Check the website for more details.

And as if all that wasn’t even enough, I just noticed a few other new whitepapers in the technical papers section you should pick up while you’re at it:

3 thoughts on “vSphere 5.1 is here – time for info spoonfeeding”